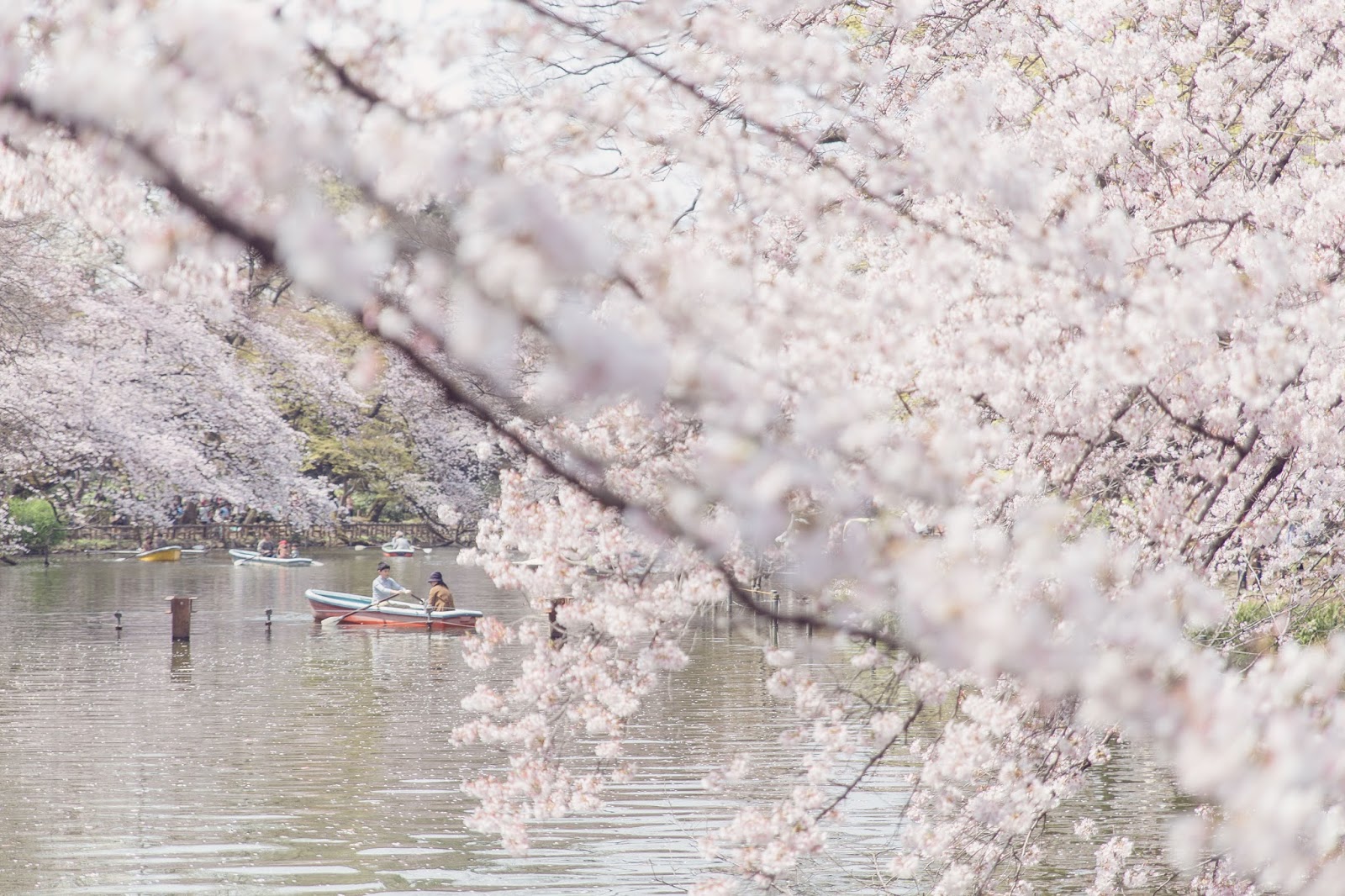 I recently traveled to Japan on cherry blossom season (Sakura is the Japanese name for cherry blossom). It has always been my dream to visit that country and i was so glad this year I finally had the opportunity to see such an amazing country and in my favorite season! To be honest I was obsessed by all the photos people posted in Sakura season, I always wondered what it will be like to be there in person, and when I finally did, I swear a small tear of happiness ran down my cheek (so corny, but true).
Well, before travelling there I really wanted to be prepared and I started to do a research of which are the best parks to visit during Sakura season. Japan has the most beautiful parks and I think we visited around 5 or 6. So while researching I stumbled upon this super cute blog Japanlover.me, and found a post where they listed Sakura theme food to try in Japan. OH MY GOD! I almost fainted! If you are a huge fan of Sakuras and love everything pink then you would have almost fainted as I did. So this is the image they posted: 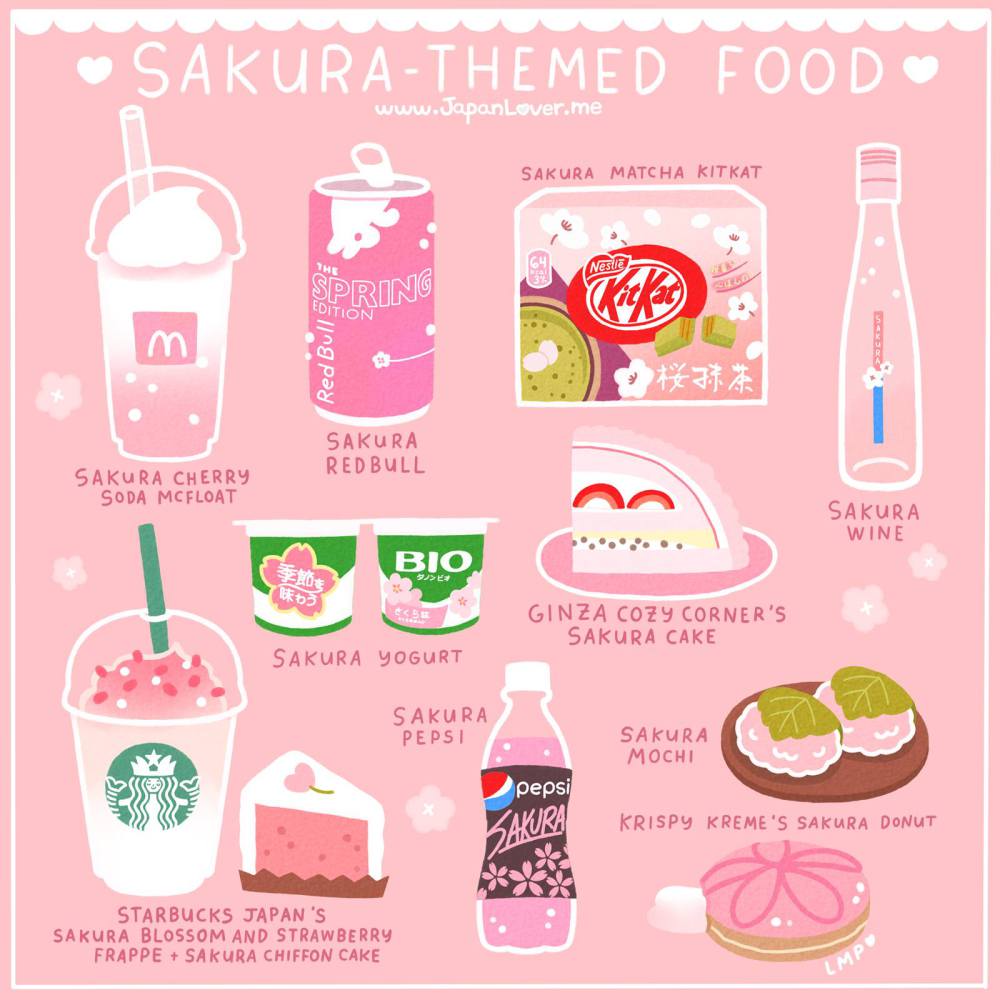 Artwork by Chichi / Little Miss Paintbrush
I mean how cute is this? Super kawaii! So I then decided I would not stop until I have tried each and everything on this list. Once we arrived in Tokyo we had a very tight schedule, so we woke up really early (6:00 a.m. everyday) and headed out to explore the city. We did a lot of walking and to my luck Japan has some amazing super markets (believe me, I visited ALL of them), each time I ran into one I did my scouting for all things sakura, and to my surprise I found so much more things that those listed before, it was Sakura madness. Here I would love to share with you my findings.
I will start with the things I did find from the list, but before I will try to explain the flavour of Sakura. It obviously depends on the product that it is put on, but the taste is like a very subtle cherry with a light hint of sweet cinnamon. Don’t expect a lot of cherry, as it is very subtle and it does taste like blossoms.
So I didn’t find the Sakura cherry soda Mcfloat as stated in the image, but rather a drink that is called Sakura Fizz. Which is basic sprite with a sakura syrup. Delicious! 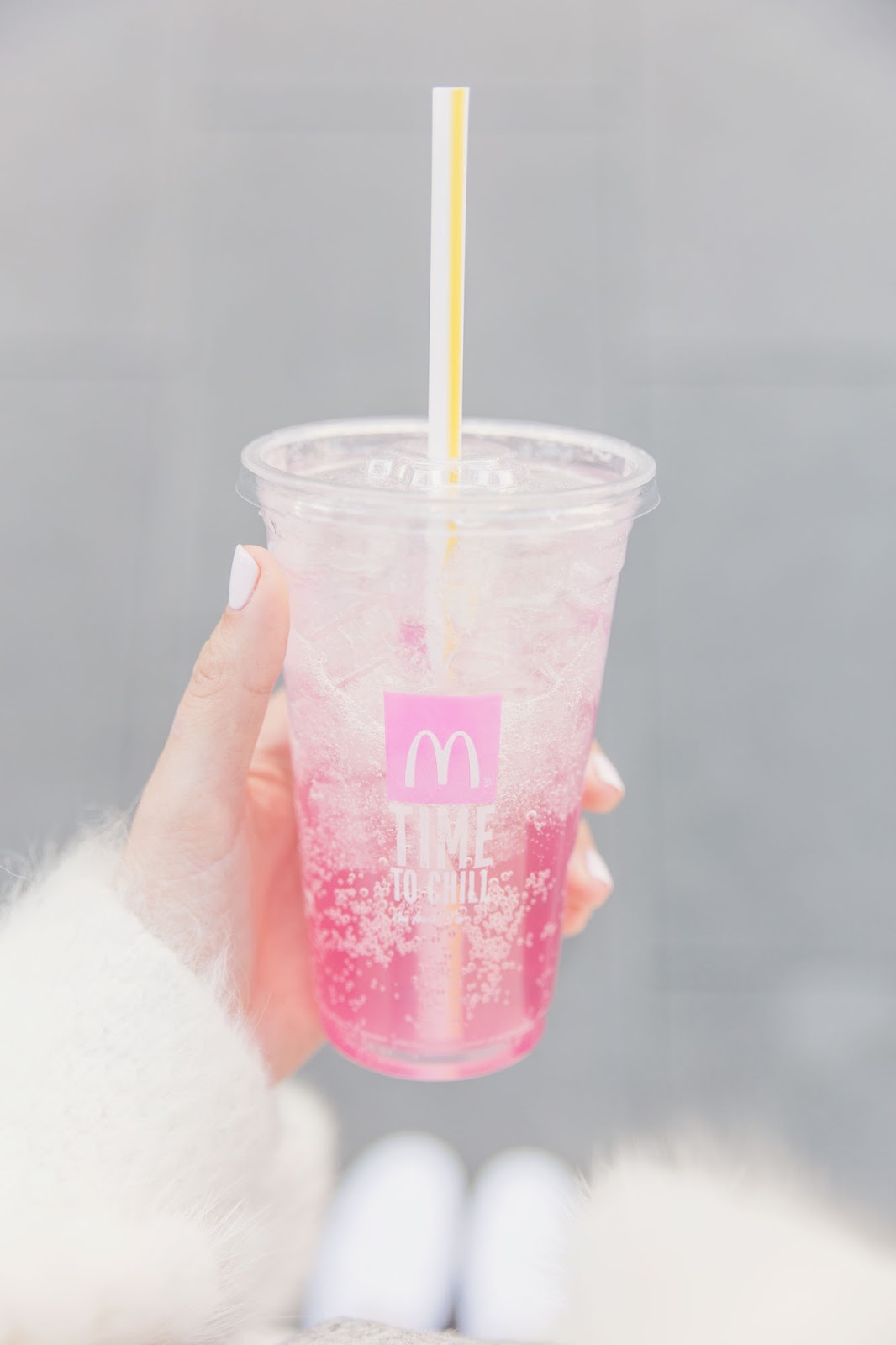 This is the spring edition of Redbull, love this cute little pink bottle. 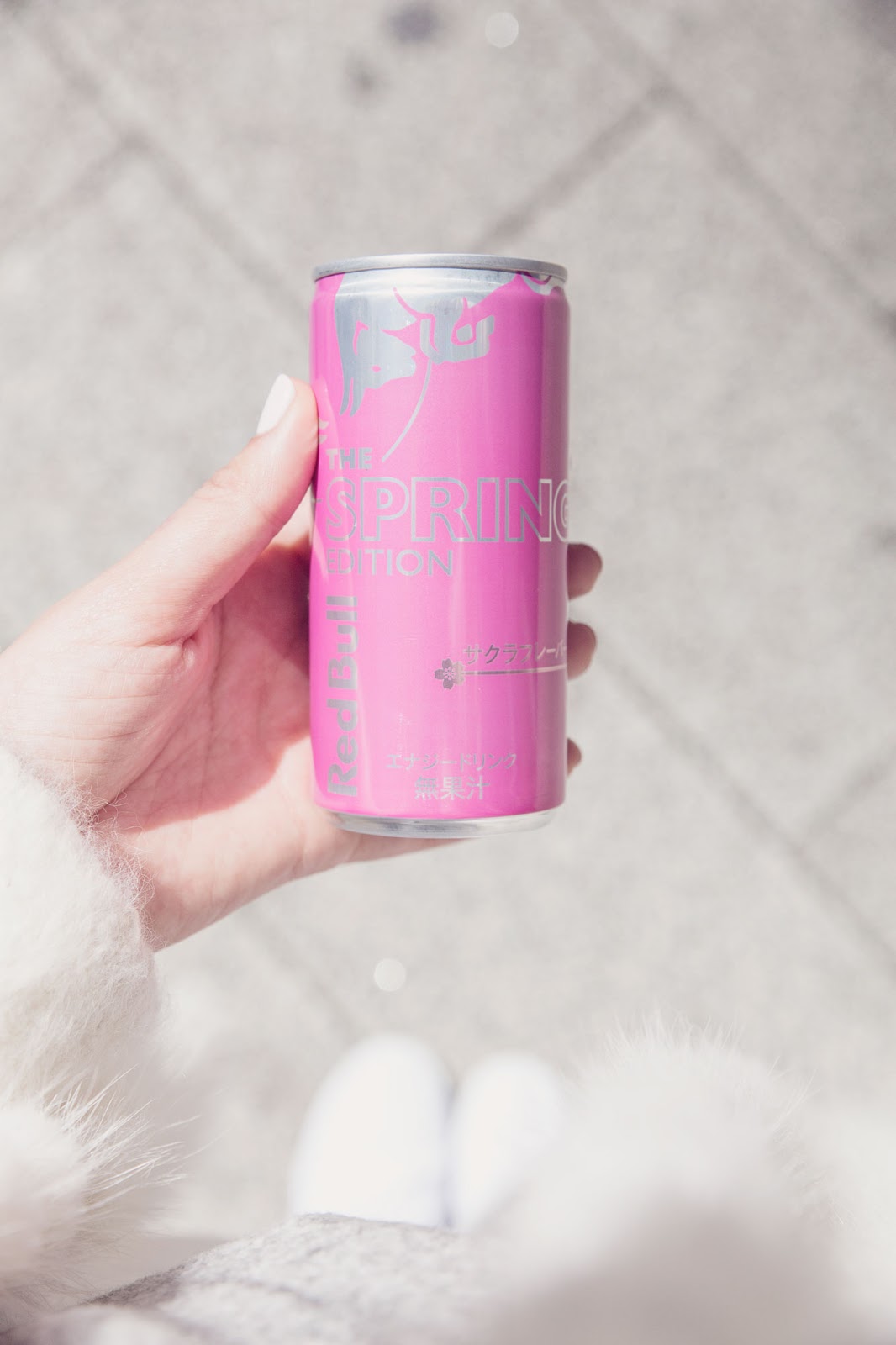 This was a hard one to find, I asked in every liquor store I ran into but they didn’t seem to have it. Until one day exploring around Shibuya, we saw a massive crazy store called Don Quijote. They basically have EVERYTHING, from food to home ware, costumes, souvenirs, clothes and even sex toys. So while exploring there it was, I saw it from the distance and had to run to get mine. This bottle is so nice it even has sakura flowers floating inside. 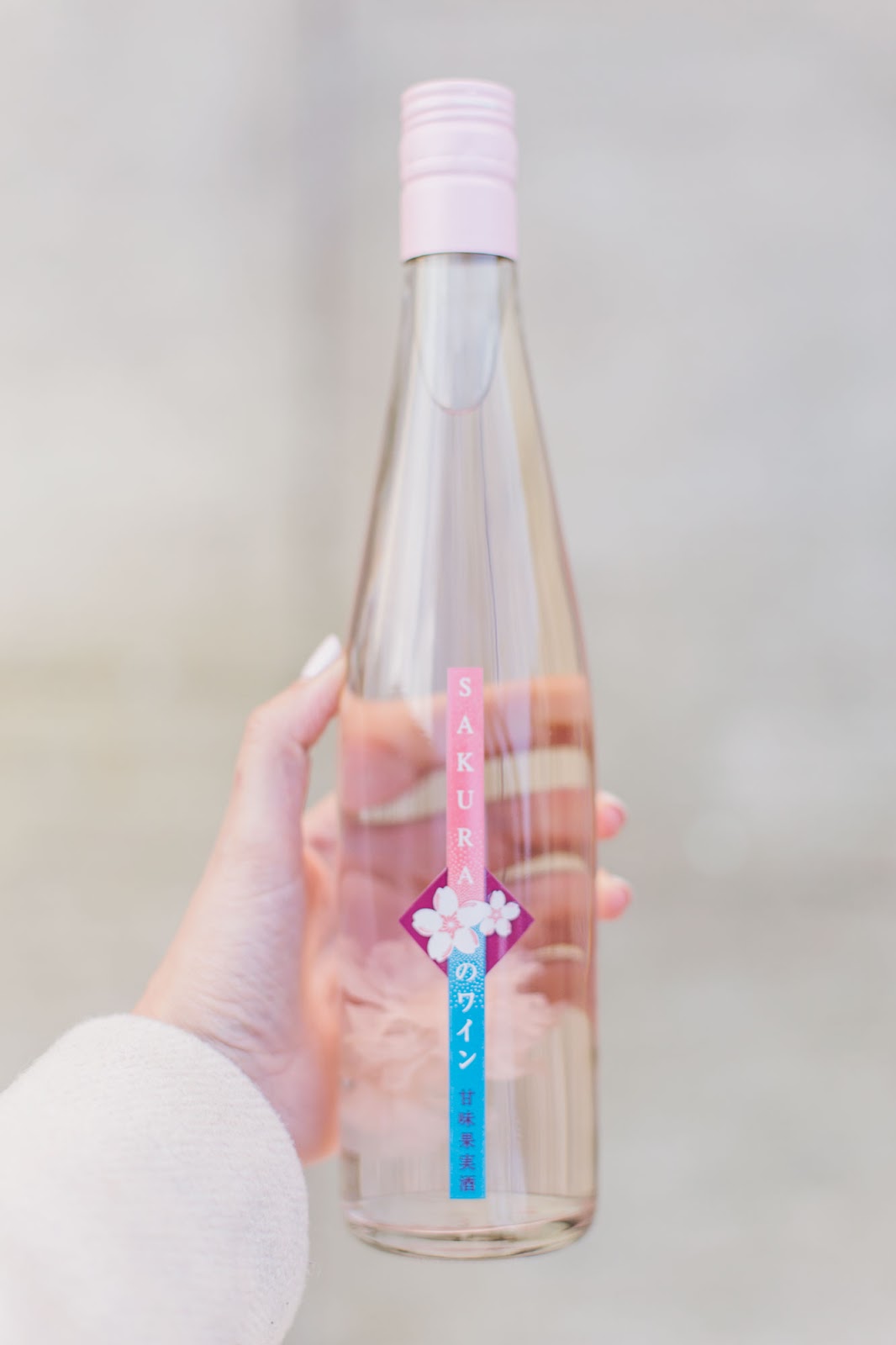 We went to a first Starbucks and asked for the Sakura Blossom Frappe, and it turns out it has been sold out since two weeks ago. No more pink frappuccinos for any one. I think they didn’t prepare for the amount of people that wanted to get one. But still I was lucky to find this on a grocery store, and it was so sweet and delicious. 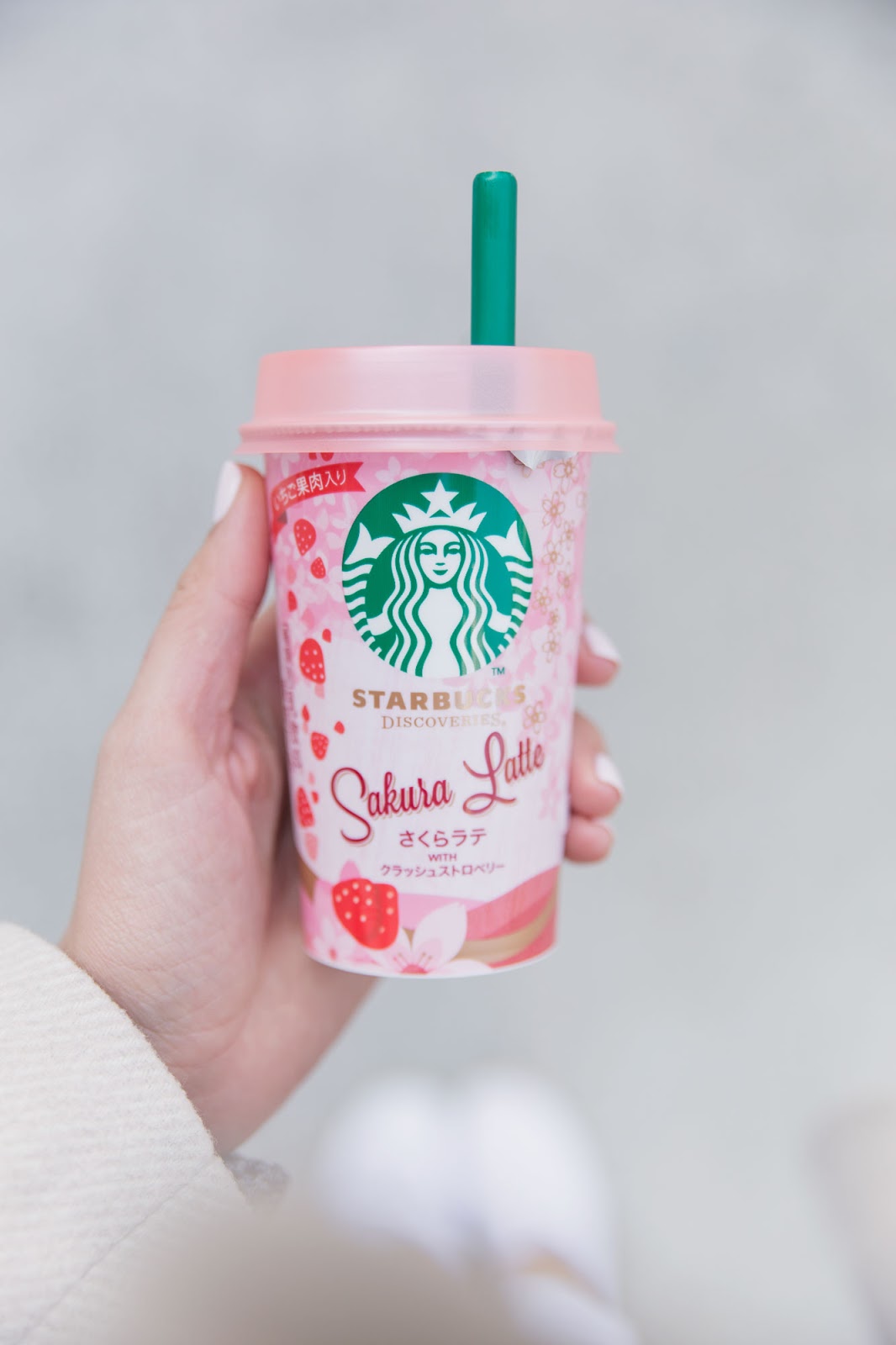 This was quite interesting, even Pepsi join the Sakura fever! 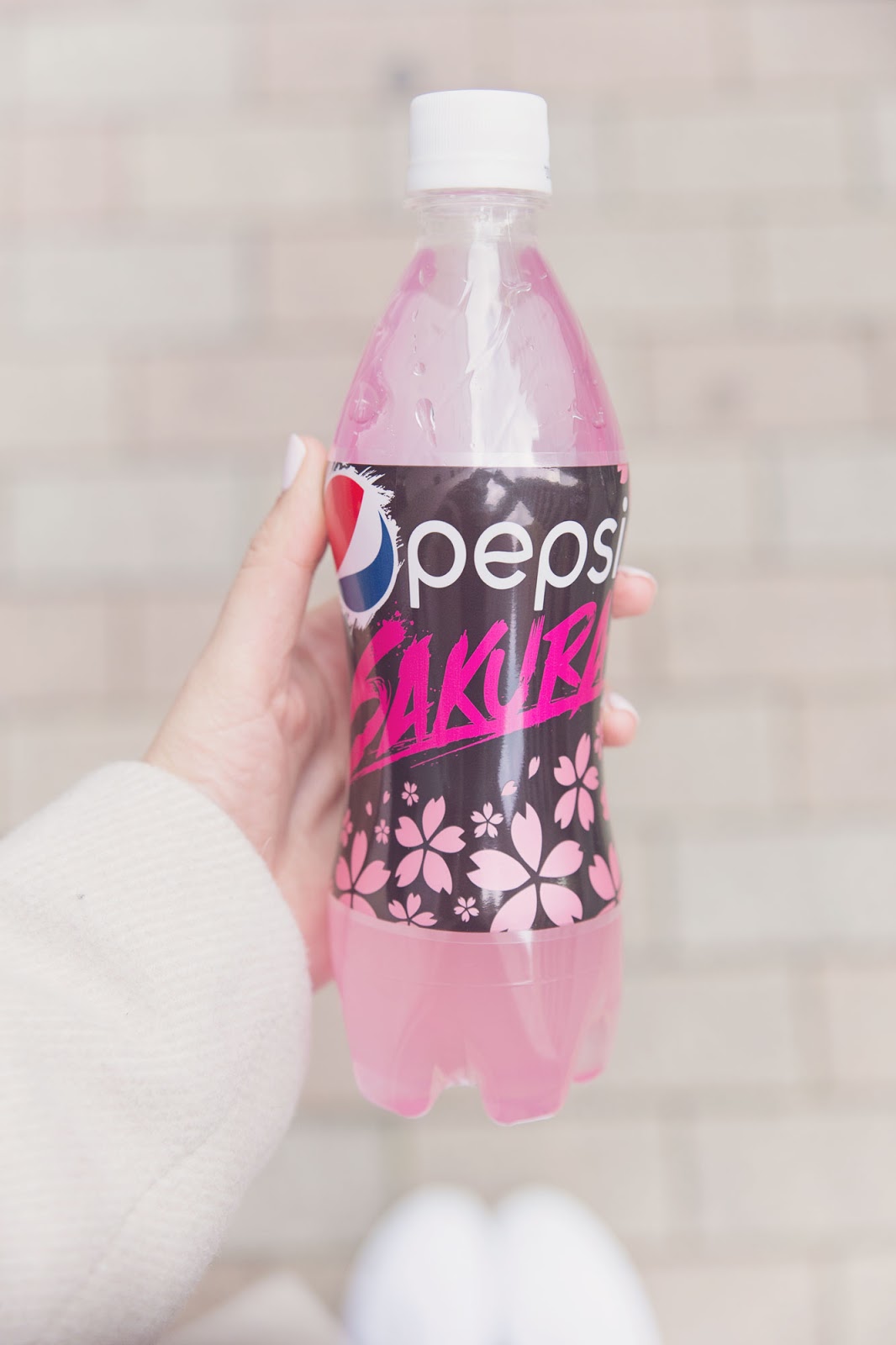 The Kit Kats are very popular in Japan, as Kit-Kat has a similar sound to the Japanese phrase  “Kitto Katsu”, which means good luck. They do Kit-Kat in so many ways, you can find, matcha tea, wasabi, strawberry and many more. Obviously the one I was the most interested in was the Sakura matcha, which I couldn’t find any where around Tokyo, until the duty free of the airport. 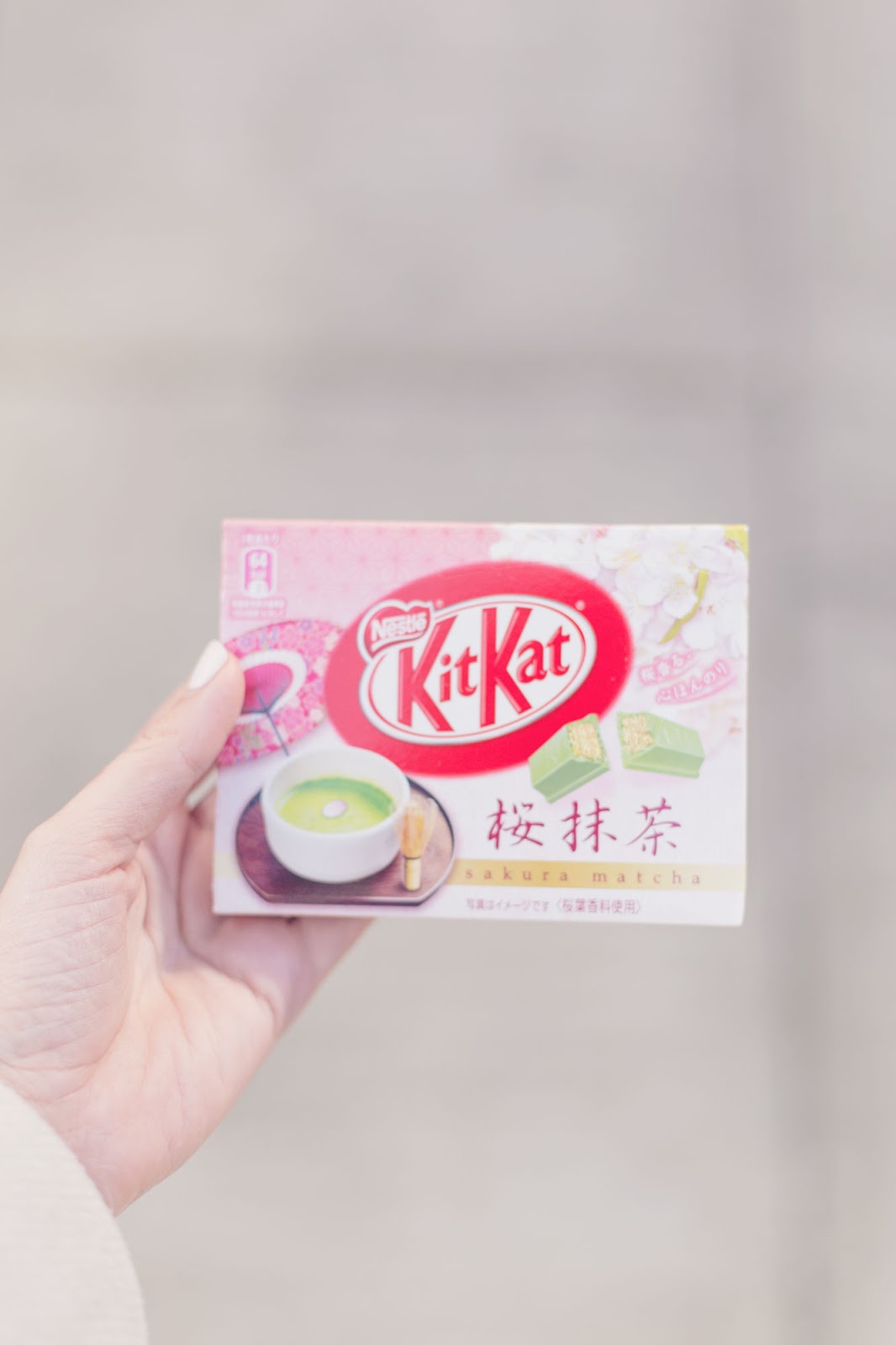 This Sakura Cake from Ginza Cozy Corner has got to be the cutest one ever. 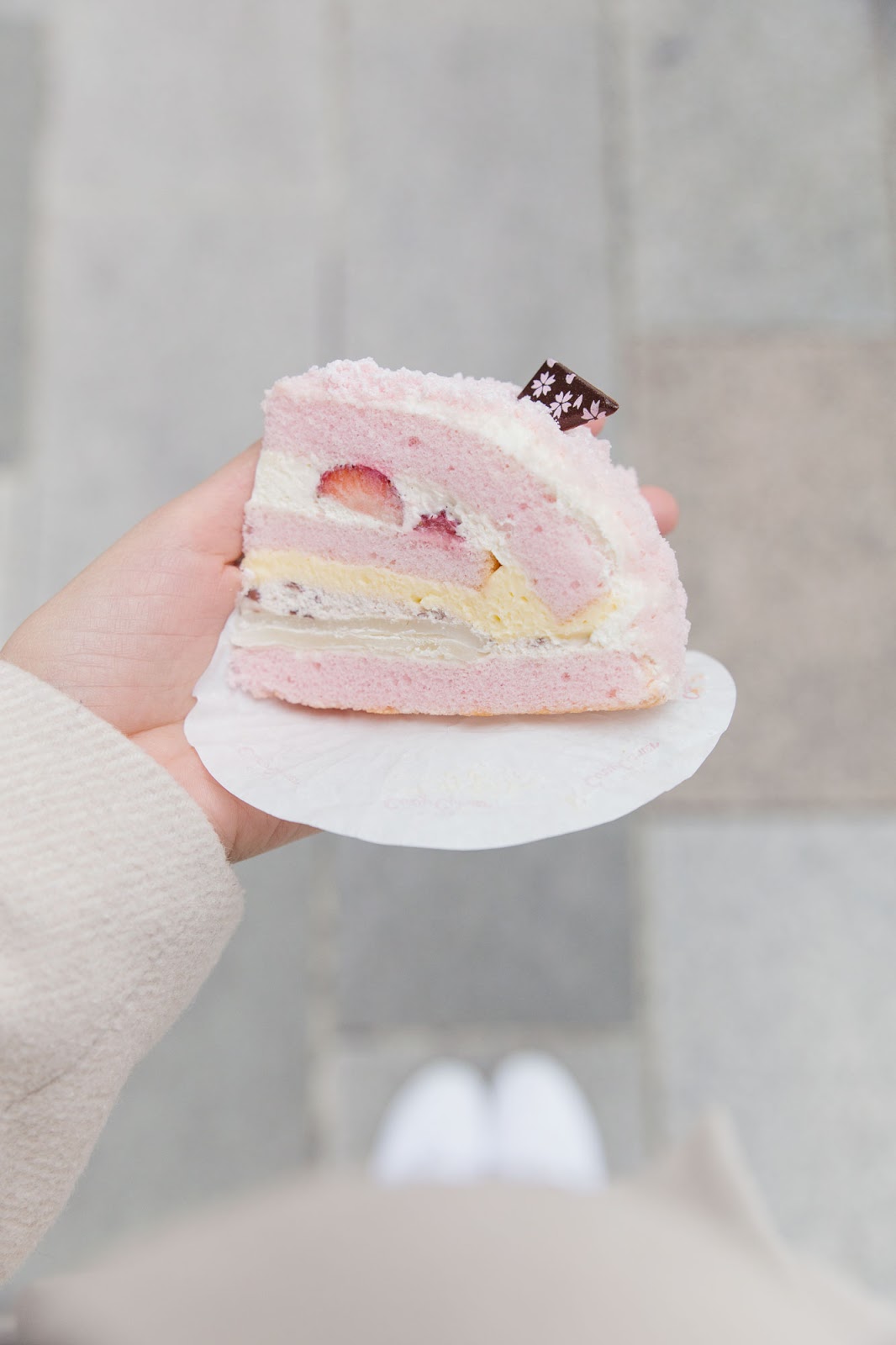 This doughnut is from Krispy Kreme but gosh, it was so very sweet, even for me. It had a sakura pink filling and glaze on the top, but that was too much. 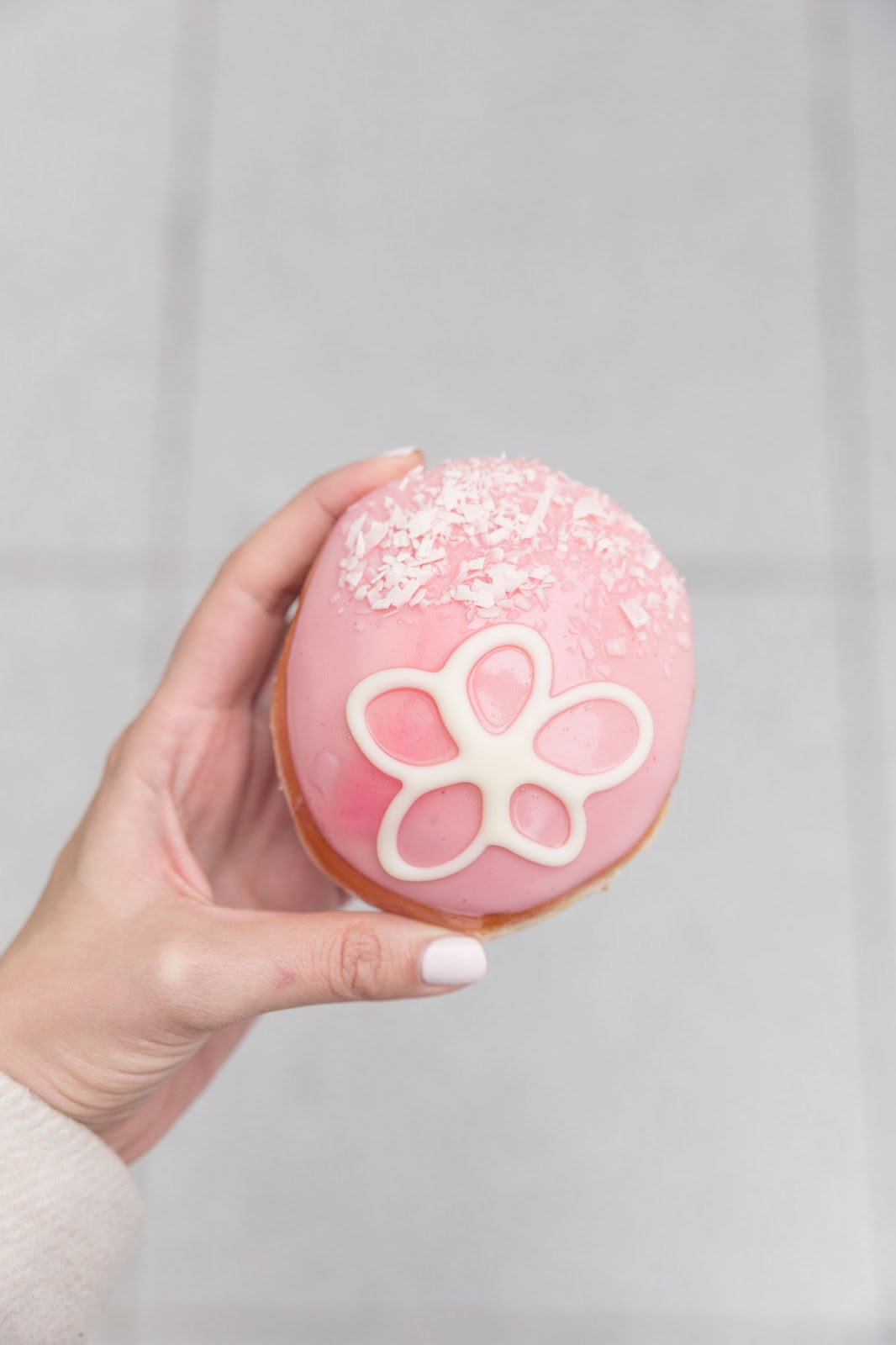 So these are some new findings apart form the list:
I’m such a great fan of tea, so when I found this I immediately bought it. It will be my spring tea from now on. 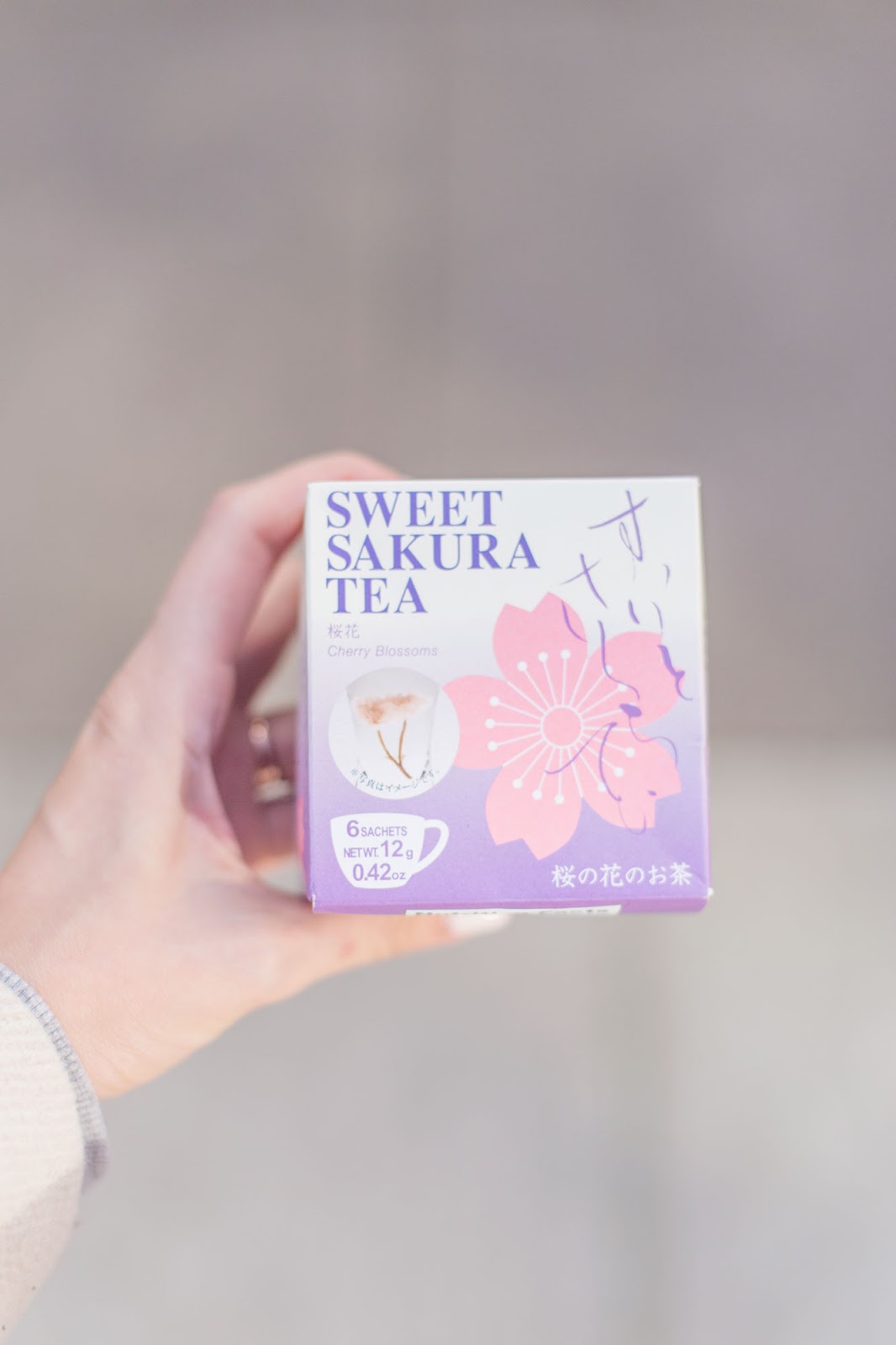 These are dried Sakura flowers, they come covered in salt and you can use them for tea, which give you a salty and sour taste, or you can also use it to prepare Sakura Gohan (rice with cherry blossom). 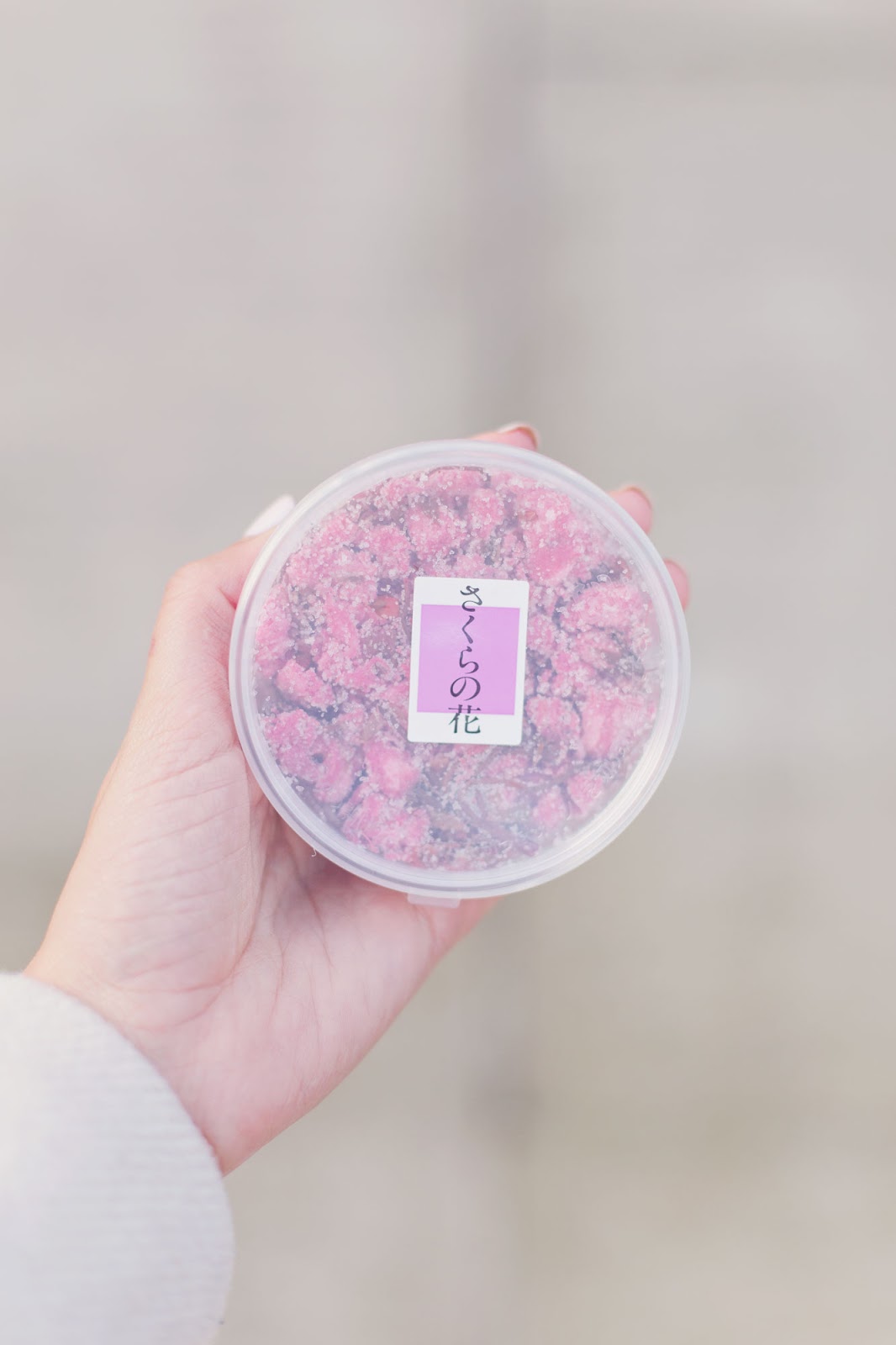 This is Sakura soy juice. 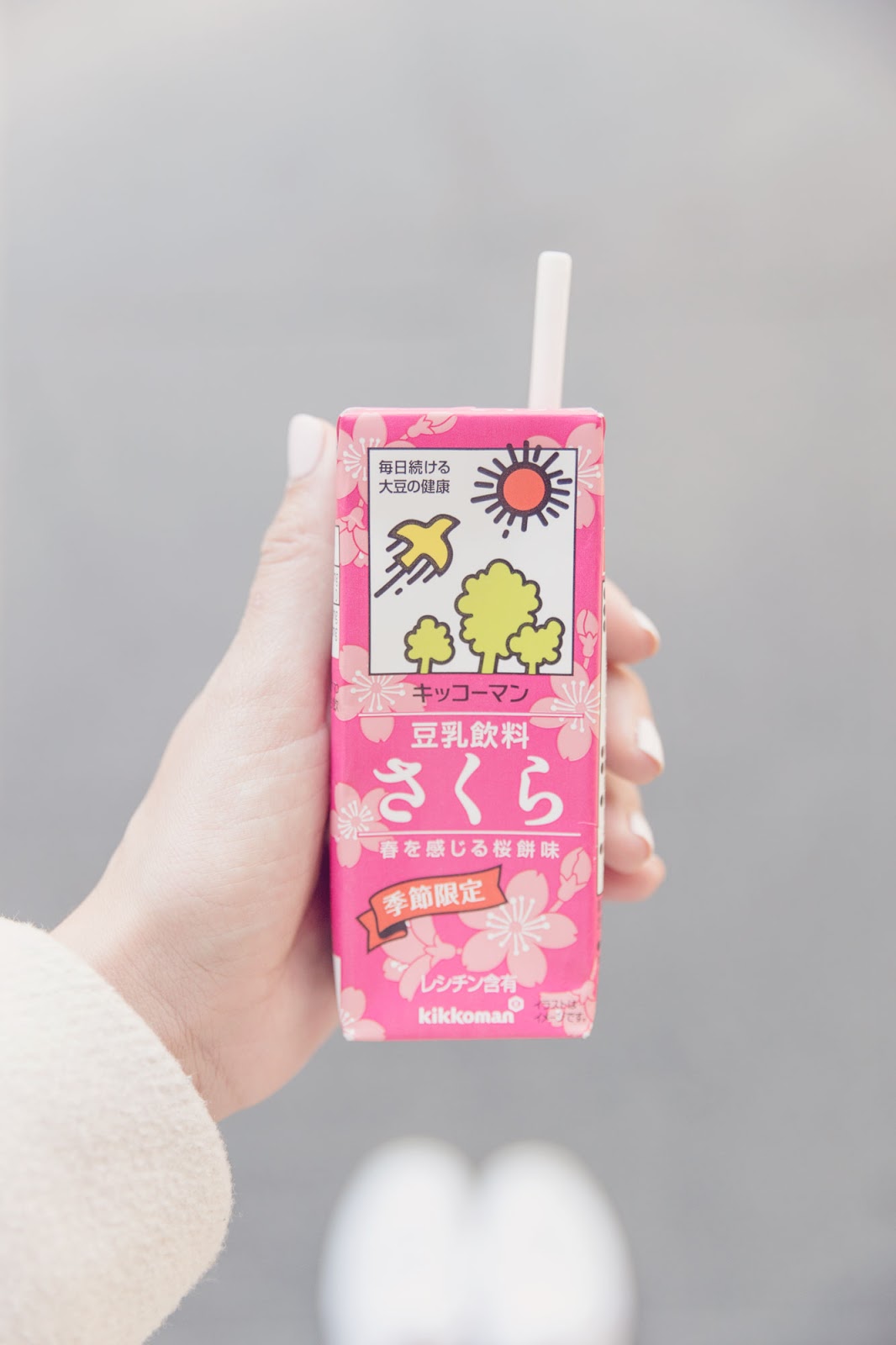 This is another bottle of wine we found, its a Rosé Sakura and comes with some blossoms on the inside. I will feel so guilty opening this bootle, because it’s so cute. 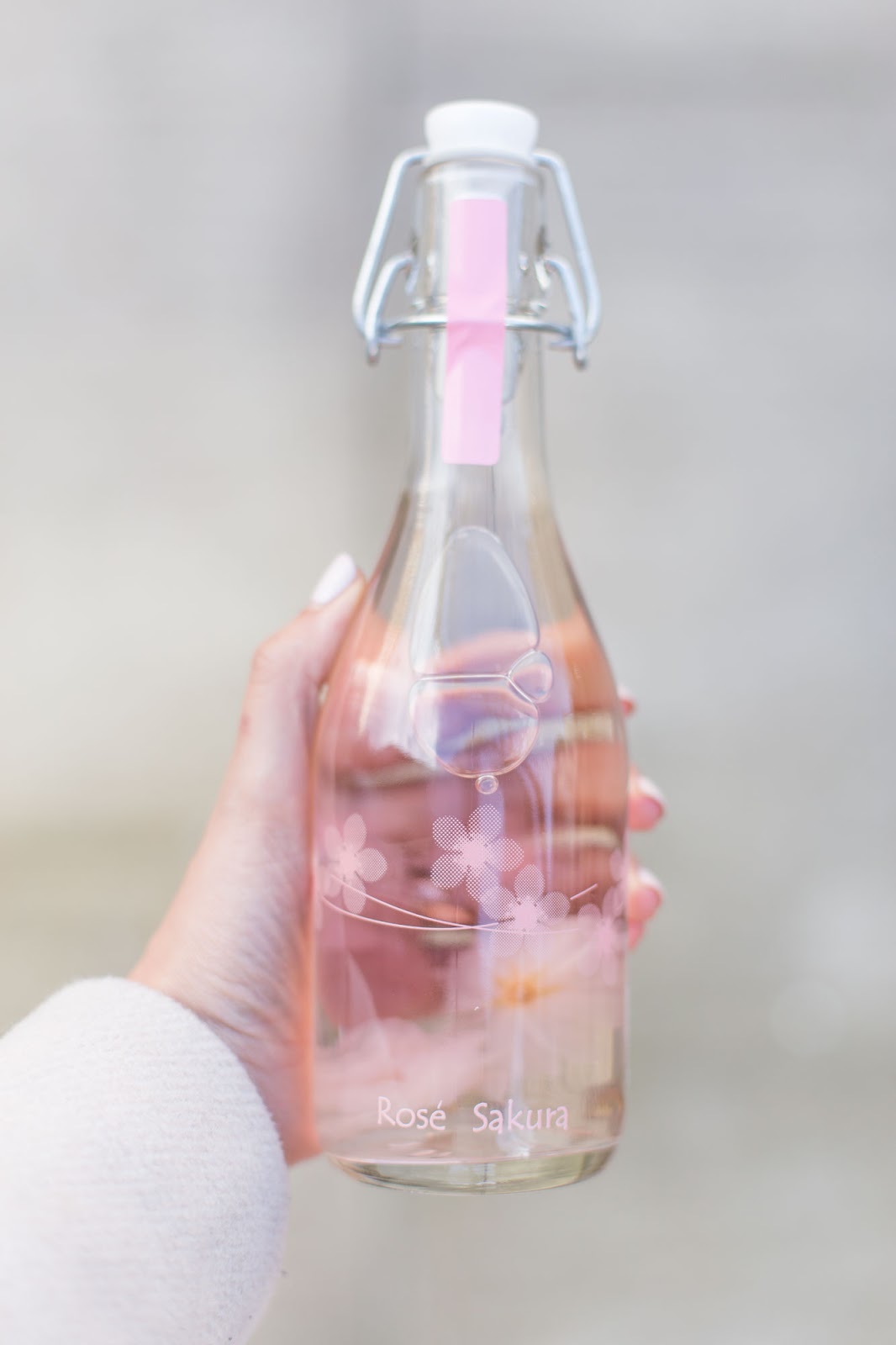 Ok, so these beers don’t actually taste like Sakura, but aren’t they cool? I love how even beer companies make their spring editions. 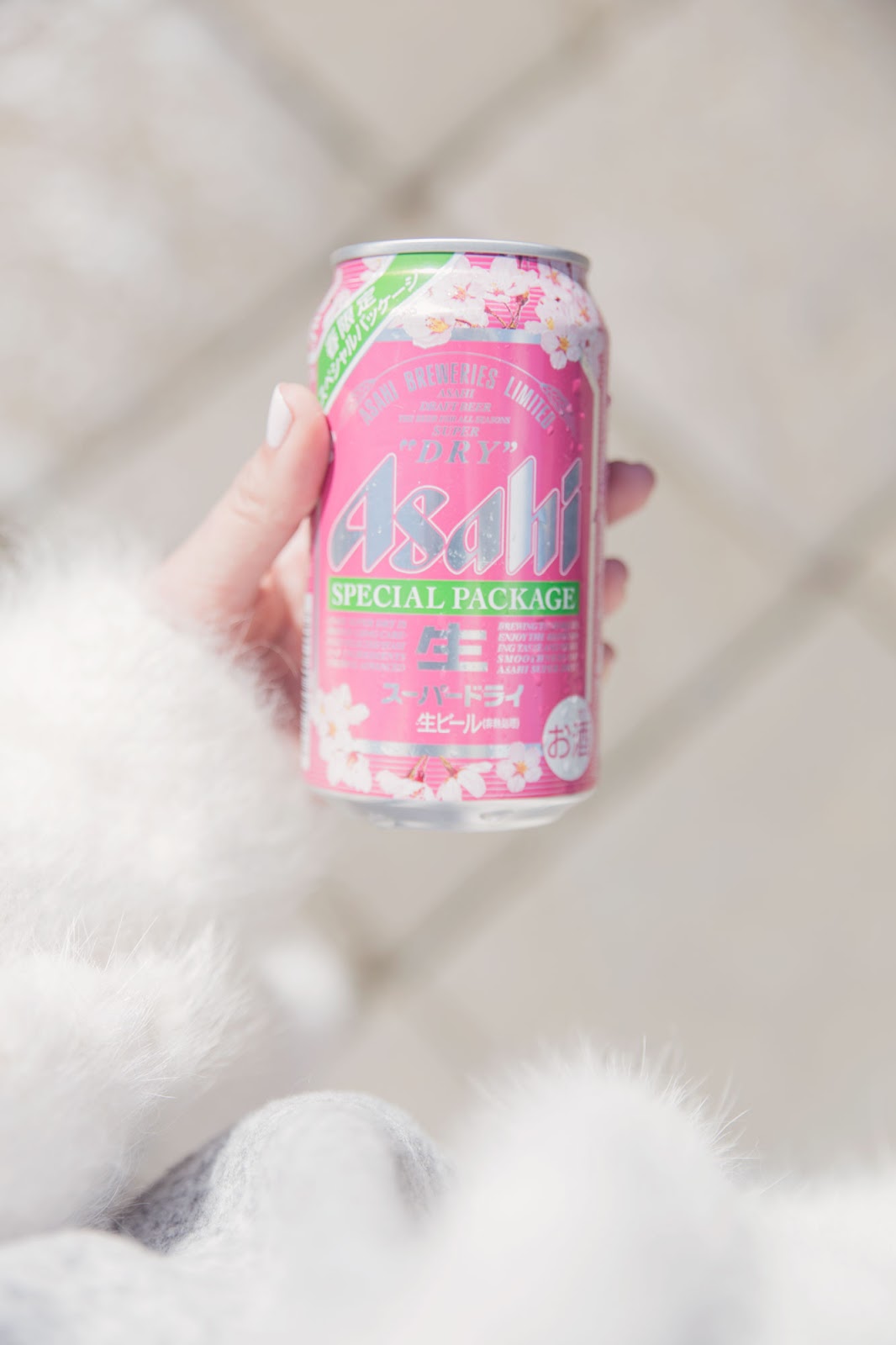 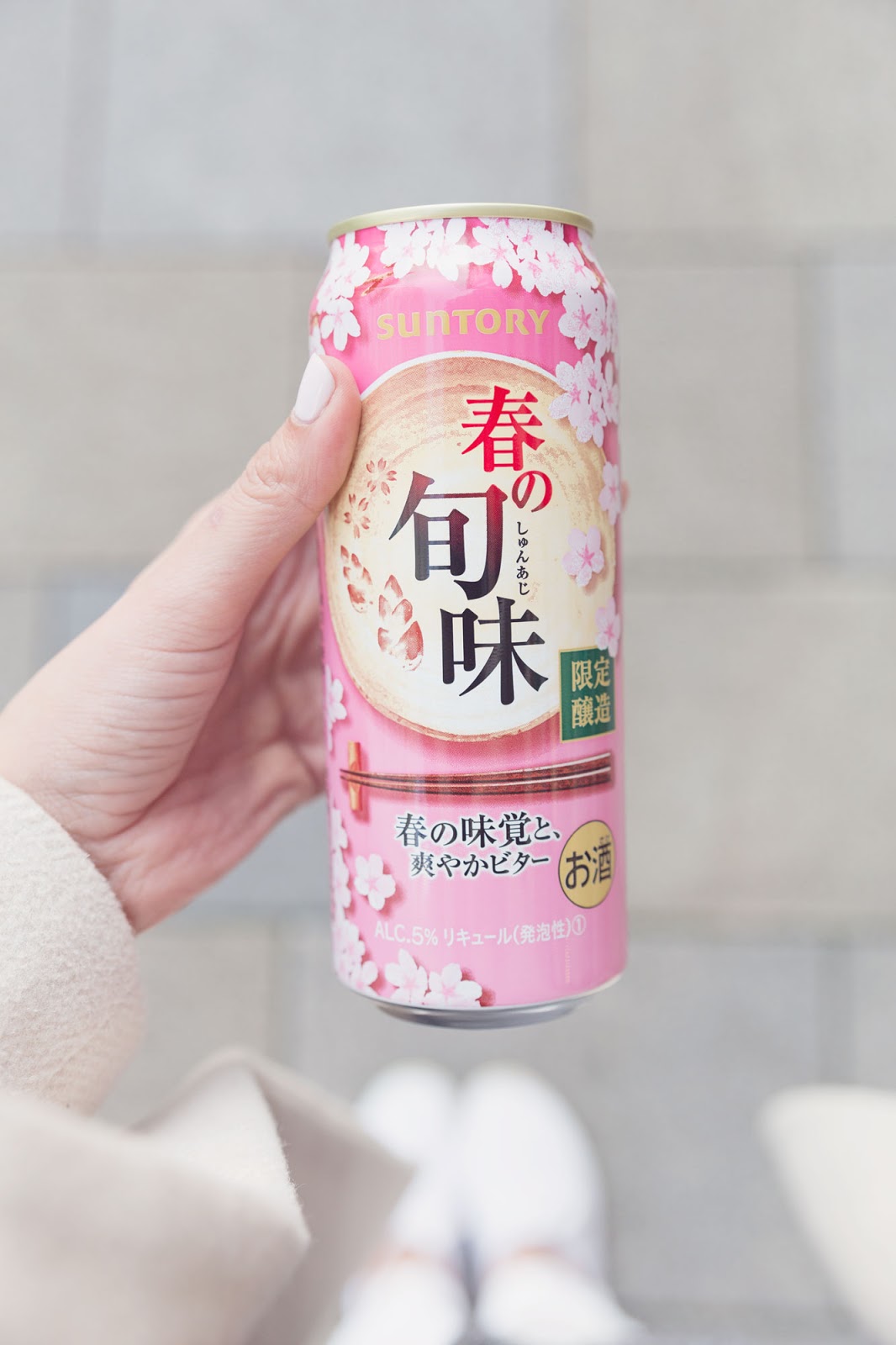 This is Sakura milk, it tasted very sweet and creamy. 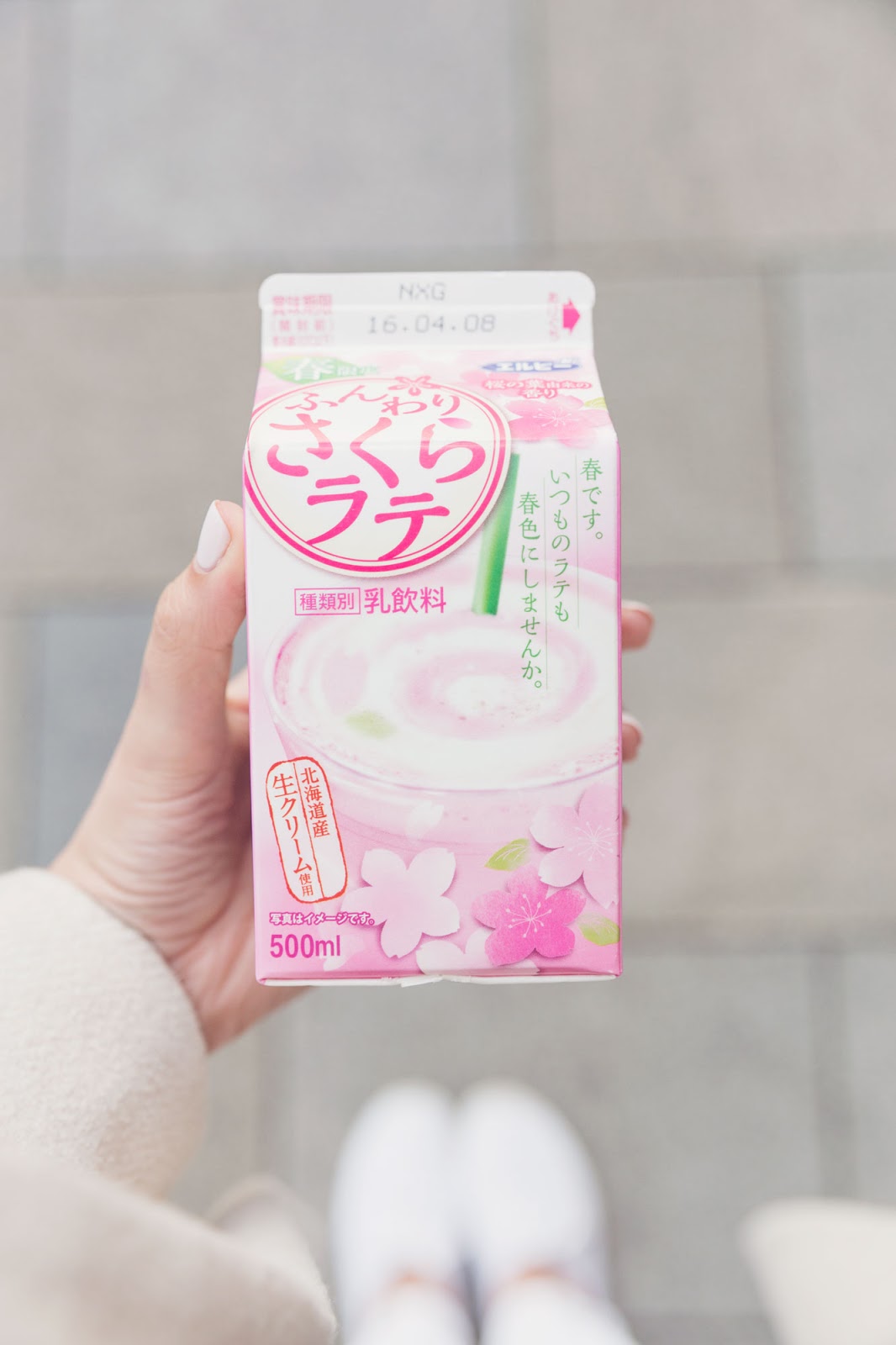 Sakura ice cream! This was one of my favorite =) 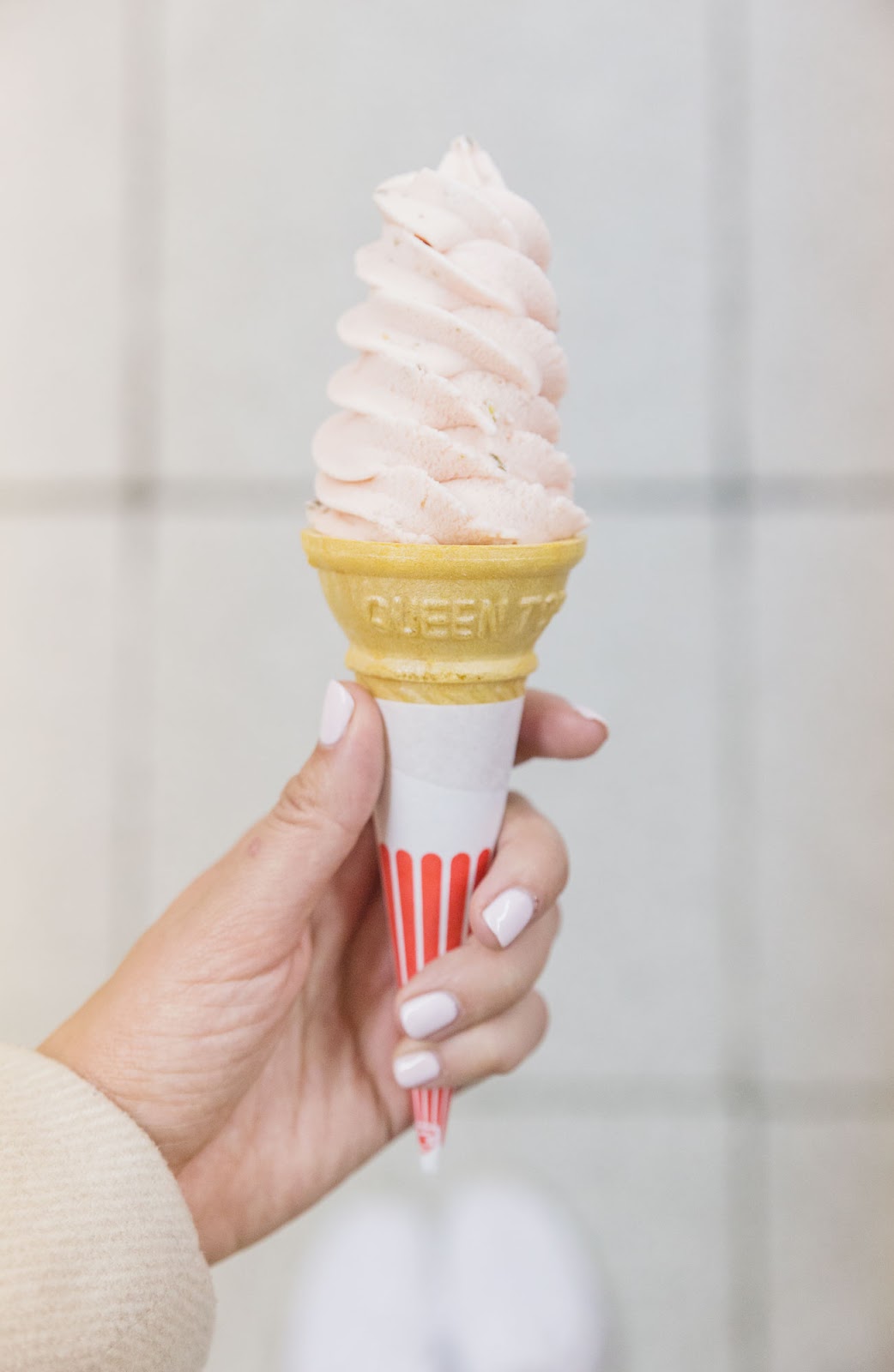 And last but not least a Sakura Mochi ice popsicle. 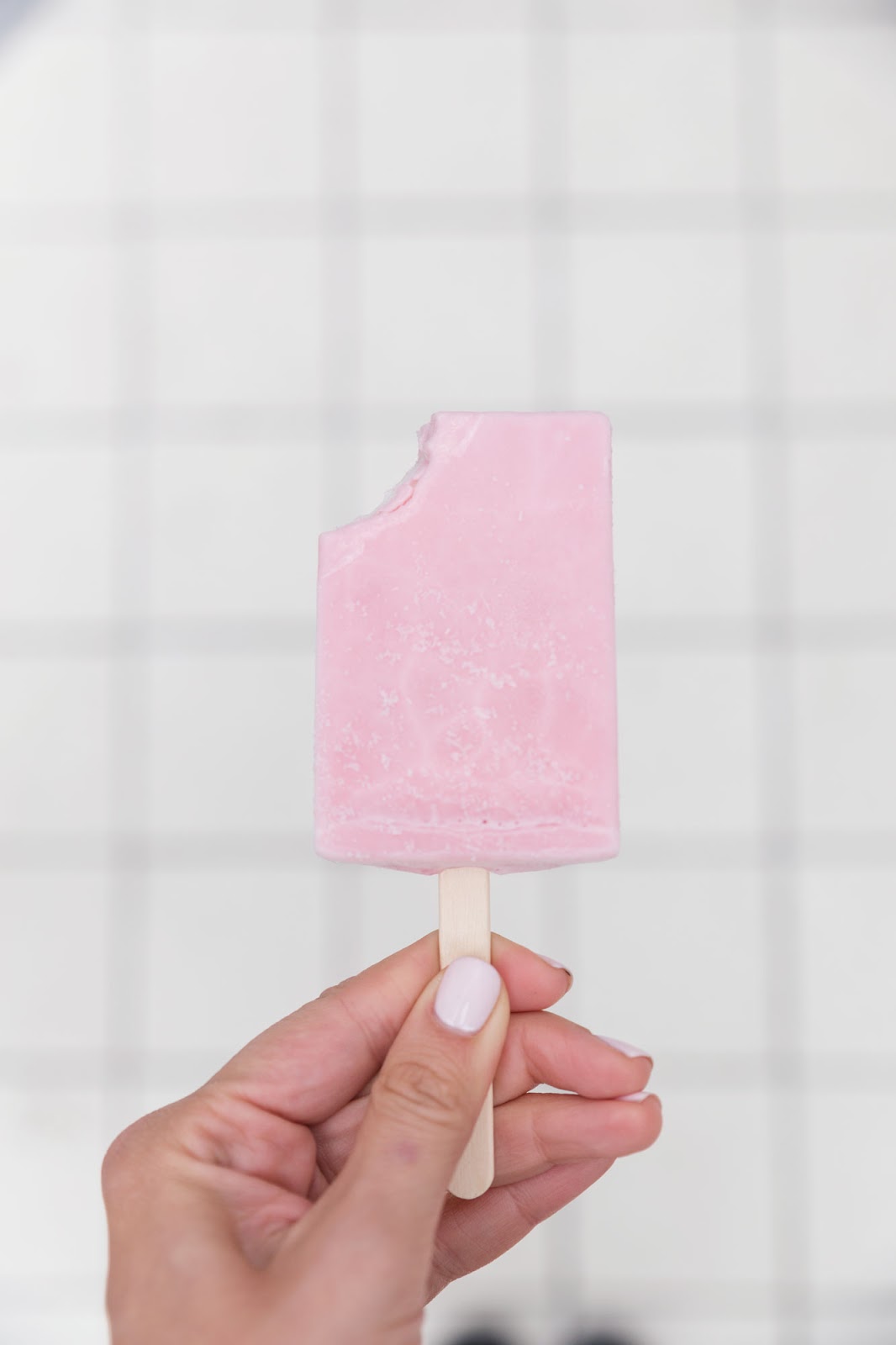 If you ever go to Japan during the cheery blossom season be sure to taste all the Sakura editions out there.

2 thoughts on “THE SAKURA TASTING EXPERIENCE” 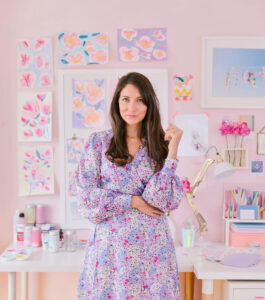 Hi! I’m Marioly the creative mind behind Maria Marie. I’m a photographer, designer and stylist from Mexico living in London.

I’m a wanderluster who enjoys traveling and discovering this cosmic world through creativity. 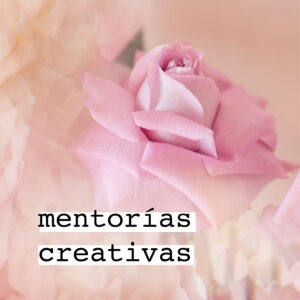 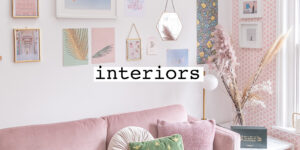 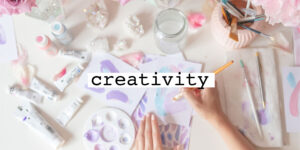 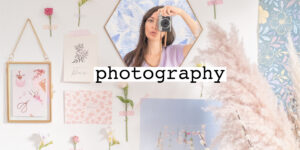 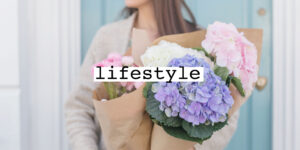 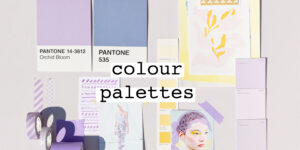 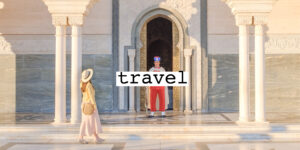 Scroll back to top
This site uses cookies: More